Two days of pie. Who am I to complain?

I adore a shepherds pie and was going to make the Jamie Oliver one from his Comfort Food book. However, I hadn’t remembered that it used a shoulder of lamb. It wasn’t what I particularly fancied so I had a nosy around the web and lo and behold, there was Jamie again with this spiced one.

Heat the oil in a pan and add the mince. Cook for a couple of minutes then add the garam masala, cinnamon stick and cardamom pods and cook until brown. Stirring regularly.

Pour in the tomatoes and add about half a tins worth of water along with some seasoning. Bring to the boil and cook until thickened.

Whilst it cooks, cook the potatoes in boiling, salted water and cook until tender. Drain and leave to dry a little then pop back in the pan and mash with a little butter and milk. Season.

Stir the peas through the mince.

Transfer to a baking dish and spoon the mash over. Cook for 20 minutes then sprinkle the cheese over and cook for another 10 minutes.

Just a nice serving with a drizzle of ketchup. 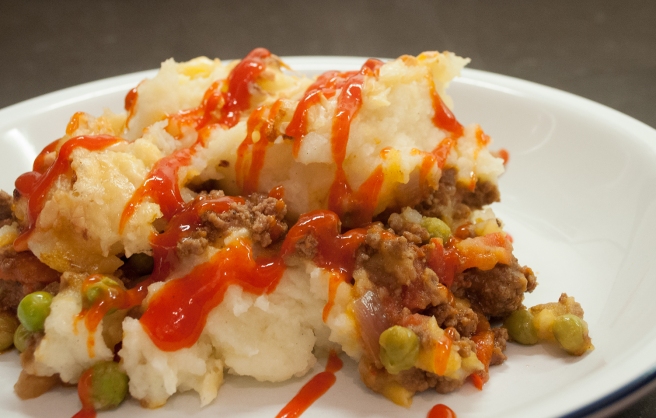 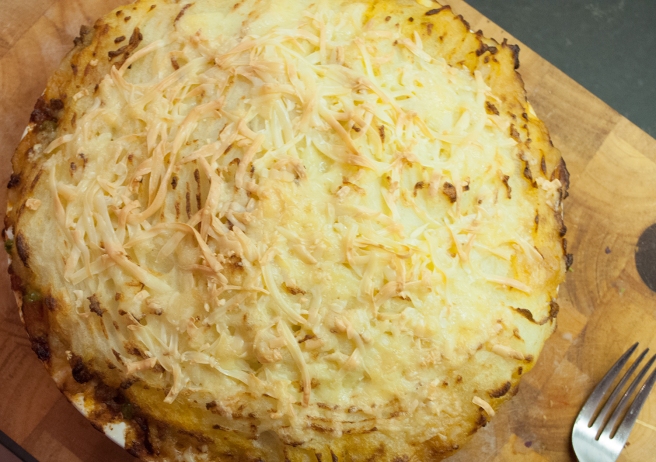 A nice twist on what is never a bad pie choice.

As a coincidence, my memories came up on Facebook and I actually made a shepherd’s pie on the 27th February last year too.